Today, many people, many students and patients are benefiting at a very different level by opening up new dimensions

Didi is fighting for the farmers. Farmers cannot survive without water. Her major motive is to solve the water irrigation problems, and use of modern technologies in farming.

Efficiency in water management is required in both the canal and groundwater. 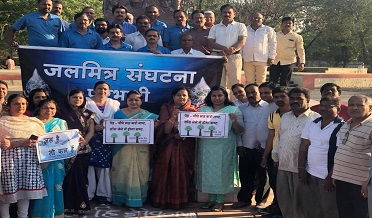 The government started implementing Sant Gadgebaba village sanitation campaign from 3-5, considering most of the diseases were impure water, lack of sanitation and lack of personal hygiene. This movement was transformed into people's movement, Not only that, the work of the development of billions was done through public participation.Due to the functioning of such departments as clean and safe drinking water, household sanitation and food security, personal hygiene, area sanitation, sewage management and solid waste management, human discharge urine, the villagers have firmly established the foundation of rural development.. Whether the students in the village, Anganwadi sevaks, sarpanchs or women sisters all contributed greatly to the scheme but accelerated the social and economic development of the village. All these people who volunteered as sanitary messengers have created sanitation in the village and said that they have the foundation of a healthy and healthy health. 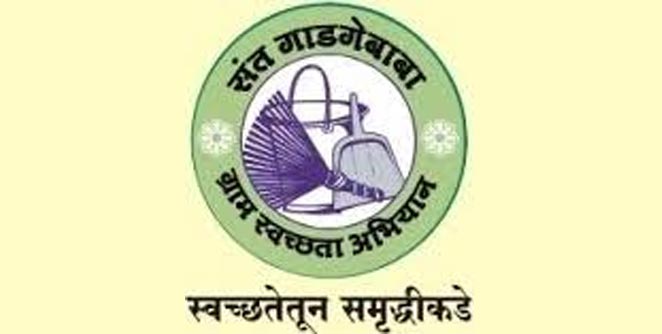 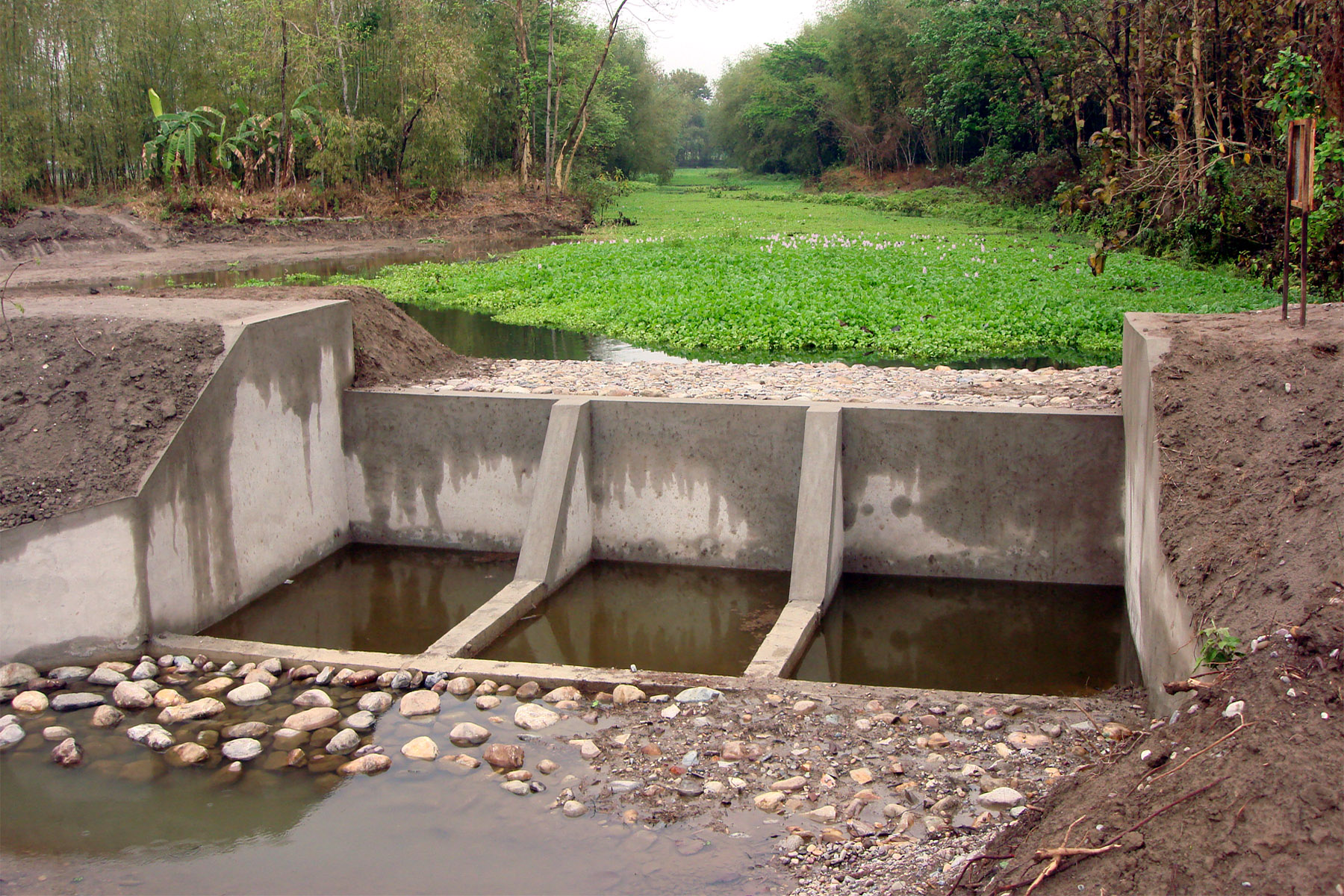 Considering the irrigation potential of the state, most of the agriculture in the state is rain-fed. Water conservation programs are being implemented in the state for the purpose of creating safe water irrigation equipment for this agriculture, preventing the incidence of excessive soil erosion and increasing the income and productivity of the rural areas by developing plentiful land. Until 1983, this program was seen as a mere mortal program. Also, the funds used for this work were collected by the farmers. So the scope of this program was very limited. But considering the importance of this program, the program came to light after the state government decided to implement this program at full government expense. After 1983, the program got a technicality as the government decided to base the water and soil conservation on water. Efforts were made to increase the effectiveness of the program by incorporating various departments and new treatments as needed from time to time. As per the state government, the drought prone area program, integrated pond land development, national flood development program, river basin project, western ghat development program, integrated water management program etc. are initiated by the central government. The government also tried to implement the scheme. As well as various departments of the government, the NGOs participated in the program to implement the water program.

The importance of soil and water conservation is unique for Maharashtra with a very limited irrigation potential. Since almost 70 percent of the area in the state will remain dry even after developing full irrigation, it is imperative to develop dryland agriculture in order to strengthen the economy of the rural areas and raise the standard of living of the people. That is why it is important to give priority to the Watershed Development Program.

Sansad Adarsh Gram Yojana (Hindi: सांसद आदर्श ग्राम योजना , abbr.: SAGY) is a rural development programme broadly focusing upon the development in the villages which includes social development, cultural development and spread motivation among the people on social mobilisation of the village community. The programme was launched by the Prime Minister of India, Narendra Modi on the birth anniversary of Jayaprakash Narayan, on 11 October 2014. 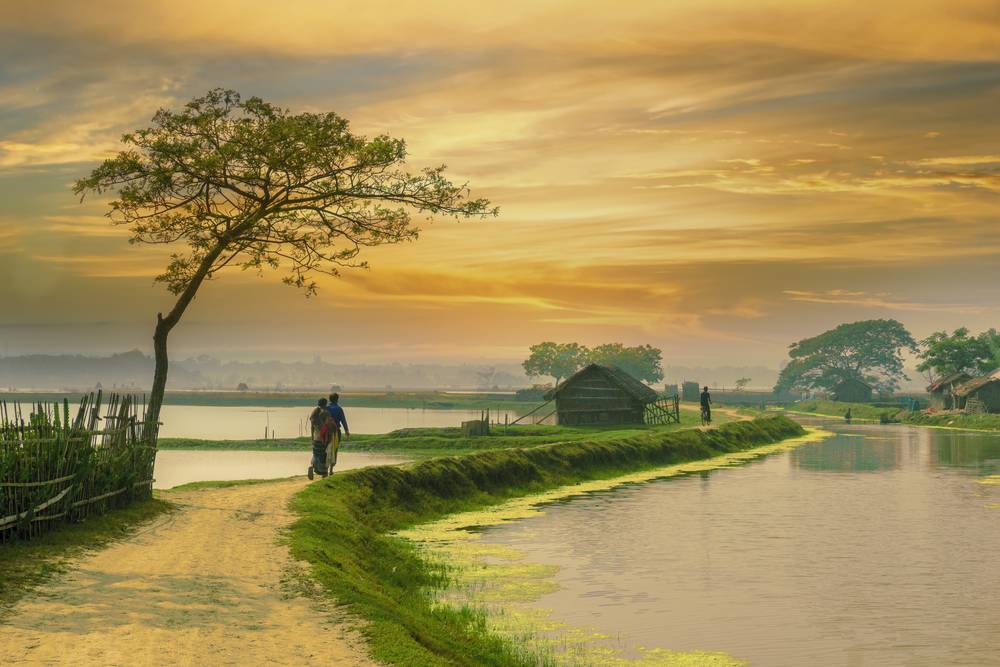 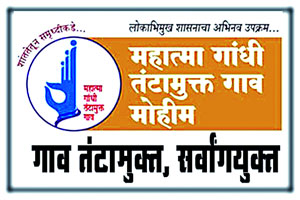 The Mahatma Gandhi Tantamukta Gaon Abhiyan has come into existence to discourage people from the fight and alternatively crime. This is the official government project. The scheme started on August 15, 2007.

Mahatma Gandhi Tantamukta village campaign which started from 15th August 2007 in the state, receives the spontaneous response from villagers on the village level. Civil, revenue, criminal, other tanks and newly created fissures created in the village are being eradicated from the iron community and in harmony with the newly formed tantamukta village committee every year. Therefore, 'Tantamukta village campaign' has become a futuristic move without any campaign. As a part of this campaign, the officials of the villagers and the free-of-charge committee have been successful in eradicating all disputes and debates in the village. These committees have succeeded in making humanity feel about each other in the village by eroding the debates and disputes in the village for many years through this campaign.During the five year period 2007-2012, 16,04 villages of 27 thousand 906 villages (Gram Panchayat) in the state have gone from 'peace to prosperity' in villages. The remaining 11 thousand 902 villages are also trying to make the village 100% stranded with tension free.

One lakh award was given to the tension-free village. The award has been raised to five lakhs after the 2013. District-level committees of Guardian Minister, District Collector and Superintendent of Police decide the award of tension free scheme.